The 2021 Sport and Exercise Science New Zealand (SESNZ) conference will be hosted in partnership with the AUT Sports Performance Research Institute New Zealand (SPRINZ) and School of Sport and Recreation at Auckland University of Technology (AUT).

We are delighted to announce the following invited speakers at this years event.

Please continue to check back to this page to view additional speaker bio’s as our programme evolves. 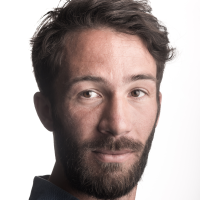 Tired and out of control? Effects of sleep and fatigue on performing under pressure

Arne Nieuwenhuys is Senior Lecturer in Sport, Exercise and Performance Psychology in the Department of Exercise Sciences at The University of Auckland. Arne obtained his PhD from VU University Amsterdam and, prior to coming to New Zealand, has worked as an Assistant Professor at Radboud University Nijmegen in The Netherlands. He is a former international level sailor and, in more recent years, has developed an interest in long-distance running. At the University of Auckland, Arne teaches undergraduate papers in ‘Sport Psychology’ and the ‘Psychology of Physical Activity’ as well as an advanced postgraduate paper in ‘Exercise and Performance Psychology’. He is Associate Editor for the Journal of Sport and Exercise Science and the European Journal of Sports Science.

Arne’s research has been funded by national science foundations in New Zealand and The Netherlands (e.g., Marsden, Netherlands Organisation for Scientific Research) as well as industry and sports (e.g., Netherlands Police Force, Netherlands Olympic Committee), and focusses on how psycho-physiological states such as anxiety, fatigue and sleep influence human movement and performance. His work ranges from experimentally controlled studies that are conducted in the lab to field experiments and monitoring studies that are conducted among specific target populations (e.g., athletes, soldiers, police officers). By understanding how critical cognitive and motor functions are affected by (changes in) individuals’ psycho-physiological state, Arne aims to develop evidence-based interventions that help people improve their performance in those situations where it counts the most. 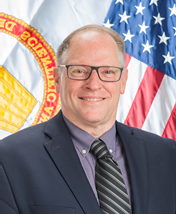 Dr Friedl’s research focusses on extending limits of human physiological performance. Dr Friedl received B.A. (1976) and M.A. (1979) degrees in zoology from the University of California, Santa Barbara and the Ph.D. degree in biology (1984) through the Institute of Environmental Stress in the University of California, Santa Barbara. Dr Friedl retired from thirty years of active duty service in the Army in 2013, where he had last served as Director of the Telemedicine and Advanced Technology Research Center (TATRC) at the US Army Medical Research and Materiel Command. Previously, he served as Commander, U.S. Army Research Institute of Environmental Medicine (USARIEM); Director, Army Operational Medicine Research Program; Principal Investigator, USARIEM; and Chief of Physiology and Biostatistics Service, Madigan Army Medical Center.

Dr Friedl has made specific contributions in the areas of endocrine regulation in semi starvation, physiological effects of anabolic steroids, body composition methods and standards, physiological monitoring, and metrics of research return on investment. He has published nearly 200 original articles, book chapters, technical reports, and commentaries, and made over 250 scientific presentations at national and international meetings. He is a co-inventor on an Army patent for a system for remote neuropsychological assessment and organized major initiatives such as the Defense Women’s Health Research Program (DWHRP), Technologies for Metabolic Monitoring (TMM), Bone Health and Military Medical Readiness (BHMMR), Gulf War Illnesses research program (GWIRP), and the Army’s Parkinson’s research program (NETRP). 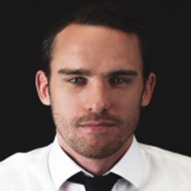 Cancer and Exercise – What is the State of the Evidence?

Dr Nicolas Hart is Deputy Lead of the Cancer Survivorship Program within the Cancer and Palliative Care Outcomes Centre of Queensland University of Technology (QUT). As a Senior Research Fellow, his research focuses on improving outcomes for people living with metastatic disease, canvassing (1) survivorship and supportive care issues (including exercise, nutrition, psychosocial, and toxicity management), and (2) cancer outcomes (including disease biology, disease progression, and overall survival).

Dr Hart is an inaugural Multinational Association for Supportive Care in Cancer (MASCC) Terry Langbaum Survivorship Fellow (2021-2022), through which he is developing Principles of Care and Research Priorities for people living with metastatic cancer. He sits on several national committees within Exercise and Sport Science Australia, and international committees within the Australia and New Zealand Bone and Mineral Society. He is the only Australian member of the International Survivorship Research in Prostate Cancer (SuRECaP) Working Group, and one of three Australian members of the International Bone Metastases and Exercise Working Group developing the worlds’ first clinical exercise guidelines for people with bone metastases.

Dr. Adam Storey is the Lead Strength and Conditioning Specialist for Emirates Team New Zealand (winner of the 2021 America’s Cup). In addition to this role, Adam is the National Lead of Strength and Conditioning for Canoe Racing New Zealand where he has the privilege of working with several world-class athletes and coaches including Lisa Carrington and Gordon Walker (2021 Halberg Awards Sportswoman of the Decade and Coach of the Decade, respectively). Adam also holds a Senior Research Fellowship position at AUT University’s Sports Performance Research Institute, where he supervises postgraduate research projects in the areas of strength and conditioning and exercise physiology. 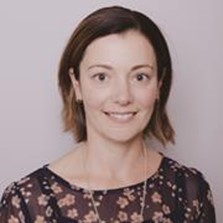 Debbie Bean is a Senior Research Fellow in the Health & Rehabilitation Research Institute at AUT. She is also a Health Psychologist and has experience in the field of chronic pain management. Debbie’s main research interests include the assessment and management of chronic pain, and complex regional pain syndrome. Dr Bean will consider the prevalence/problem of chronic pain and psychological barriers/facilitators of exercise e.g. motivation, pain beliefs, fear avoidance, pain catastrophizing, and tools to overcome some of these. 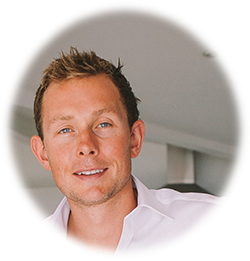 Dan Plews is an Applied Sports Scientist, Researcher and coach. As a Sports Scientist (specialising in the area of Physiology) Dan has worked closely with athletes who have won more than 25 world and Olympic titles in the sports of rowing, kayak and triathlon. As a researcher, Dan completed his PhD in the area of applied heart rate variability (HRV). This work focused on implementing and validating methods regarding the application of HRV to track training adaptation in elite athletes. Since then, Dan has gone onto having more than 50 peer-reviewed publications in the area of applied sports science and exercise physiology and is currently a Research Fellow at AUT University. Dan was the Head of Physical Performance at Emirates Team New Zealand during the 2021 America’s Cup winning campaign, and also leads Performance Physiology for Women’s Canoe Racing New Zealand. He also is the Founder of his own Company Endure IQ. Dan is seriously passionate about endurance sport, particularly Ironman triathlon, where he has coached 3 athletes under the 8-hour barrier. He lives and breathes it, and is a competitive Ironman athlete himself. In 2018 he broke the amateur course record at the Ironman Word Championships in Hawaii, Kona in a time of 8 hr and 24 minuets. Winning the overall amateur division by more than 10 minutes and placing 22nd overall. Dan thrives on continuous learning and being on the cutting edge of applied sports science. He often throws himself into the depths of new science, measurements and self-quantification to find out first-hand the effects that they have on training adaptation.

Please check back here soon for an outline of abstracts

Oral presentations will be 10 minutes with 5 minutes for questions

Here are some links to nearby accommodation, either within 5-10 min walk of the AUT North Shore Campus or others closer to beachside Takapuna which is approx. 15-20 min walk to the conference venue (<10 min by local bus):

Auckland City central accommodation. The AUT North Shore Campus is well connected to Auckland City Centre via the Northern Express (NEX) Busway. It is about a 10 min journey from Central City (Britomart) to Akoranga Bus Station and the conference venue is a 3-4 min walk from the Akoranga Bus station.

Register your interest to receive updates: